My go to banana bread recipe has been this one with its perfect dome top and crack. But since I only have 3 banana this time, I decided to deviate a little. This recipe calls for identical ingredients in a slightly different ratio - 1/3 cup oil vs 3/4 cup, 1/4 cup of almond milk vs 1/4 cup of plain water and 80g maple syrup vs 70g sugar. The "healthier" ratio (less oil and no refined sugar) did not compromise the taste or texture at all! 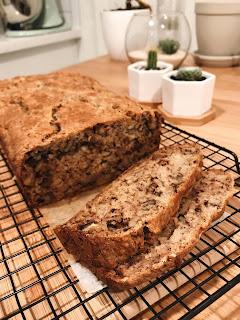 Lightly sweetened with maple syrup, this banana bread gets most of its sweetness from the ripe bananas! And the nutty crunch from the walnuts is the perfect accent to the fluffy light cake.

*the boy gave me the wrong conversion from cup to grams, so I ended up using less oil. Original recipe calls for 1/3 cup (70g). I would probably use the same lesser oil next time since it did not affect the texture!

1. Preheat oven to 325°F (165°C). Grease a 9 x 5-inch bread pan with cooking spray, or line it with parchment paper, and set aside.
2. In a large mixing bowl, whisk together olive oil, maple syrup, almond milk, eggs and vanilla extract until combined and smooth.
3. Whisk in the mashed bananas, and whisked until mostly smooth. (There will be some small lumps remaining with the bananas.)
4. In a separate large mixing bowl, whisk together the flour, baking soda, salt and cinnamon until combined.
5. Pour the dry ingredient mixture into the banana mixture, and stir until evenly combined, being careful not to over-mix the batter.
6. Pour the batter into the prepared baking dish, and spread the top with a spoon so that it is flat and smooth.
7.  Bake for 50-60 minutes, or until a toothpick inserted in the middle of the bread comes out clean.
8. Remove from the oven, and let the bread cool on a wire rack for at least 15 minutes before slicing. 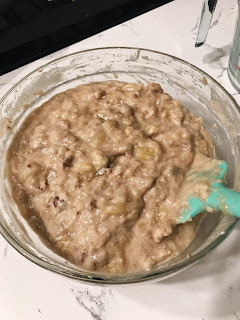 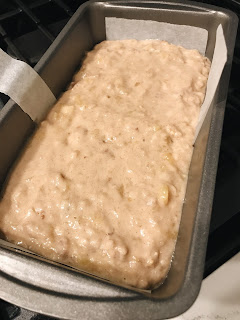 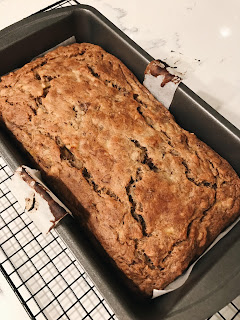 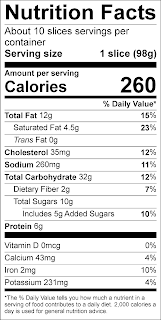