It's October. It's Fall. It's fig season. It's tart season!

Decided against the galette idea and resorted to my trusty tart/pie crust recipe that I have been using for my nutella pecan pie. Mm, should I make nutella pecan pie next? The crust is unbelievably easy to make and amazingly flaky and buttery! Takes literally 5 minutes or less to prep when you have that awesome food processor. Simply throw everything in, pulse, and refrigerate.

1. In food processor, pulse together salt and flour until combined.
2. Add in butter and pulse until small beads form.
3. Add in cold water and pulse until dough starts to come together as a ball.
4. Wrap in plastic wrap and chill for 30 minutes.
5. Split dough into two and wrap both in plastic wrap.
6. Place one in fridge to chill for 30 more minutes before rolling out. (*Reserve other one in freezer)
7. Roll out (**in between two plastic wraps) to even thickness and large enough to fit tart pan.
8. Place dough into pan and chill for 20 minutes.
9. Preheat oven to 375F.
10. Place foil over crust and fill with pie weights (or uncooked rice) and bake for 25 minutes.
*I removed the foil at the 20 minute mark- helps get it golden brown! 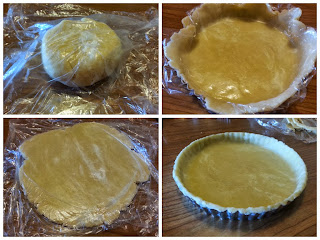 While crust is baking, prepare the frangipane and figs.

Pulse everything in food processor until it turns into a thick sticky paste!

After crust is baked and cooled, spread frangipane over the the crust and lay figs on top in any way your heart desires(: I cut mine into wedges (1 figs = 6 wedges) and slices. Used about 5 figs. 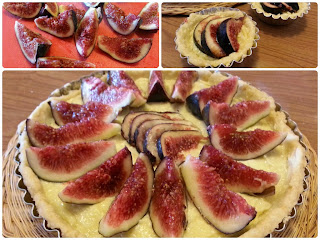 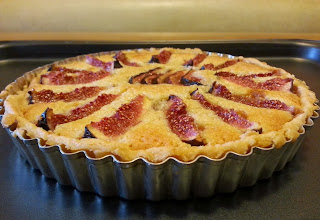 I was so excited when these were baking in the oven. The frangipane filling proofed up as the minutes went by. It's so cute! I was overjoyed at their last 5 minutes in the oven.. the frangipane achieved a nice shiny golden brown. Totally obsessed with getting that golden brown on everything.


This tart recipe is pretty versatile. There's no sugar or salt in the crust to exclusively define it as a sweet or savory tart. You can also freely switch out figs to any fruit of your liking- pears, apples, nectarines, peaches, berries, etc!


Taste: 4 stars out of 5 (not big fan of cooked fruit still but love the not too sweet frangipane and buttery crust)
Texture: 4.5 stars out of 5 (noms- custardy filling and crumbly/flaky crust with even thickness!)