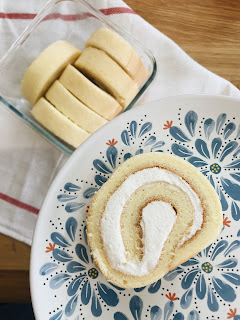 Quarantine life has made me watch and re-watch way more baking videos and cafe vlog than ever. I am not complaining because they are so relaxing and inspiring. My "to bake" list just gets longer, and I have not gone a week without baking since quarantine started in March.

This particular video from Sweet Taste Kitchen reminds me how bad I want to check off making a perfect swiss roll and is what I followed for my third swiss roll attempt. My main goal this time is to keep the "skin" on. Spoiler: it didn't stay on. 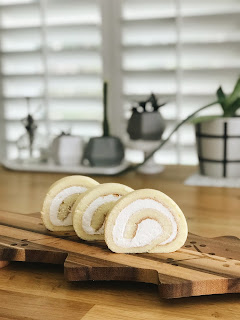 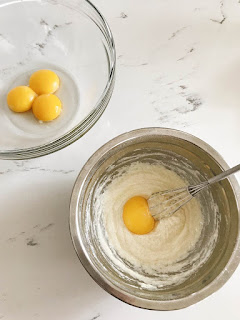 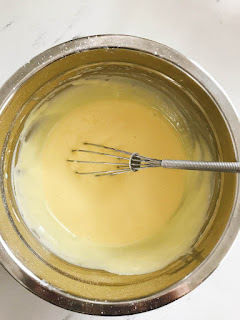 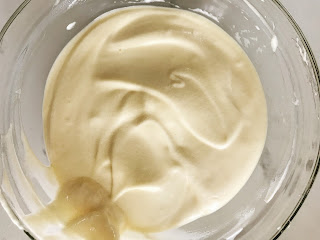 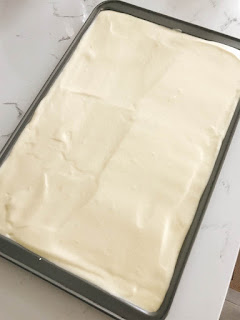 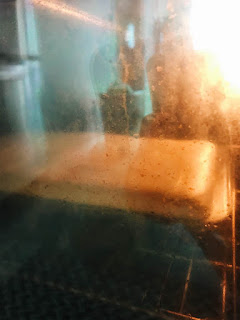 1. Whisk together milk and oil until emulsified.
2. Sift in cake flour. Whisk to combine.
3. Whisk in yolk until combined and lump free.
4. In another bowl, beat egg whites. When bubbles are formed, slowly add in half of sugar. Keep beating until soft peaks form. Add rest of sugar and continue beating until stiff peaks.
5. Fold egg white into egg yolk mixture 1/3 at a time until no more white streaks.
6. Pour batter in one spot onto lined pan. Smooth into even thickness and gently tap to rid of large bubbles.
7. Bake in preheated 338F oven for 25 minutes or until cake is spongy to touch. For last 3 minutes of baking, use convection setting.
8. Slide to rack to cool. Place a clean parchment paper over to prevent over drying.
9. Once is cool enough to touch, flip and peel off parchment paper.
10. Optional: trim off edges. On a short end, trim at a 45 degree angle. This will help with rolling/ sealing.
11. Spread a thin layer of cream. Roll and wrap to chill.
12. Chill for 1-2 hours before cutting. 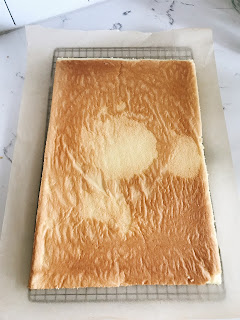 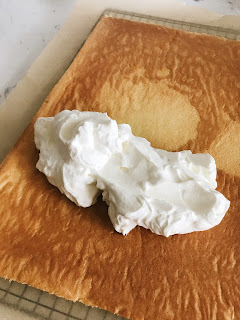 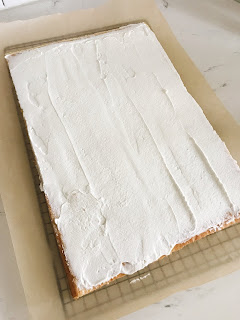 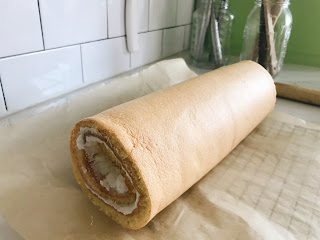 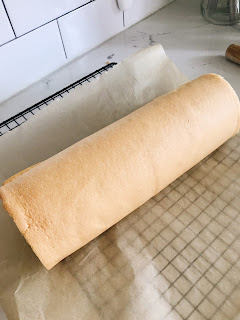 It was so promising up until this point! No cracks and the skin was intact after rolling.

After chilling, the parchment paper ripped the skin :( 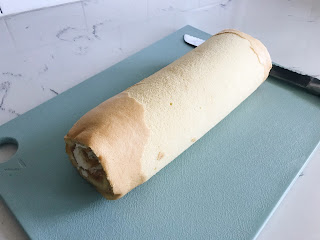 Next time, I will bake in the convection setting for 2 more minutes at the end (5 minutes total) and make sure it's completely cooled before rolling. The difference in temperature between the roll and fridge probably caused condensation and made the skin stick to the parchment. 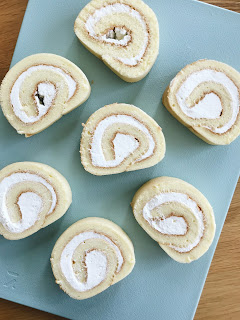 The cake is super fluffy and tasty. This nostalgic treat never fails to satisfy. The cake was gone in less than 48 hours. 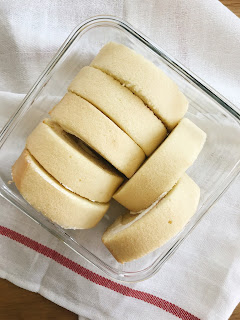 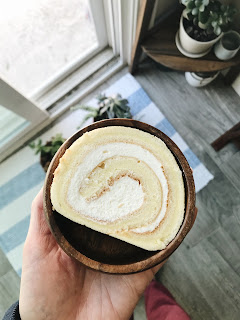