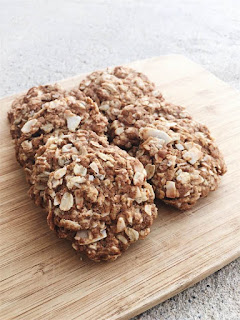 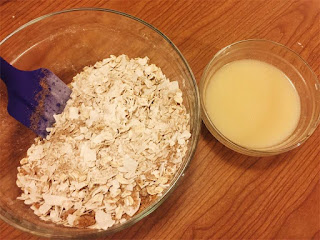 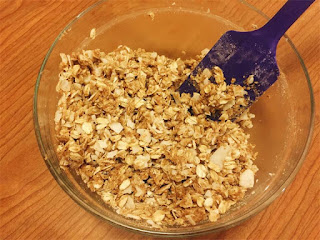 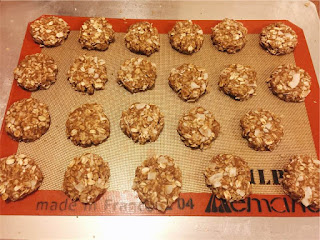 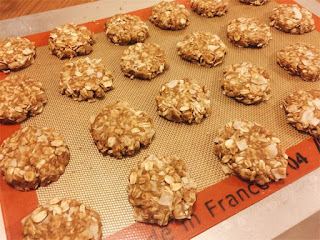 1. Preheat oven to 180° C / 355° F.
2. Put oats, desiccated coconut, flour and sugar in a medium mixing bowl and mix well.
3. Melt butter in a small saucepan over low heat (or in microwave), add maple syrup and stir until combined.
4. In a small bowl, dissolve baking soda in 2 tbsp of hot water and add to melted butter mixture.
5. Add melted butter mixture to dry ingredients and stir gently until it is mixed well.
6. Roll mixture into balls with your hands (it should make 20 at 25 g each), flatten each ball so that you have 1 cm / 0.4″ high cookies, and place them 2 cm / 1″ apart on a paper lined baking tray.
7. Bake for 18-20 minutes until golden and transfer to a wire rack to cool. 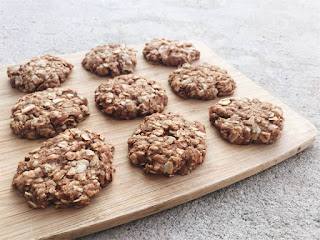 I wasn't at all familiar with Anzac Biscuits nor Australia Day until I came across a couple posts on these cookies while looking for an oatmeal cookie recipe. 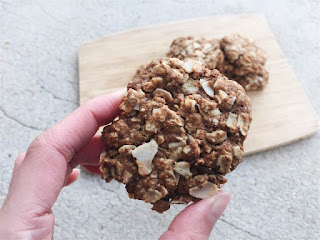 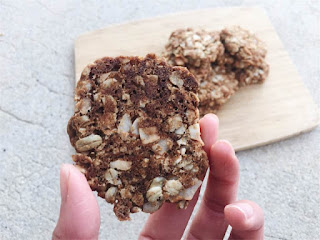 What's not to love about these biscuits from down under which are pretty much oatmeal cookies with loads of coconut chips mixed in? They turned out exactly as I have anticipated - crisp and chewy with a wonderful aroma!

I adapted the recipe to balance between wholesome and indulgent. I substituted half of the flour with white whole wheat flour and nearly half of the fat with coconut oil. I also opted for coconut sugar and maple syrup which I have readily on hand. 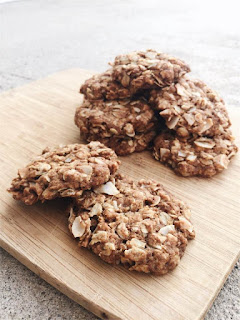 I added 15g more coconut chips unintentionally and forgot that the recipe called for desiccated coconut. I only briefly pulsed my coconut chips which resulted in larger pieces mixed into the batter. The dough was a bit crumbly and took some time to form into balls, but nonetheless turned out delicioso! 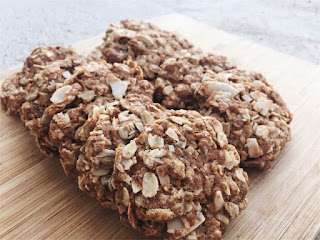