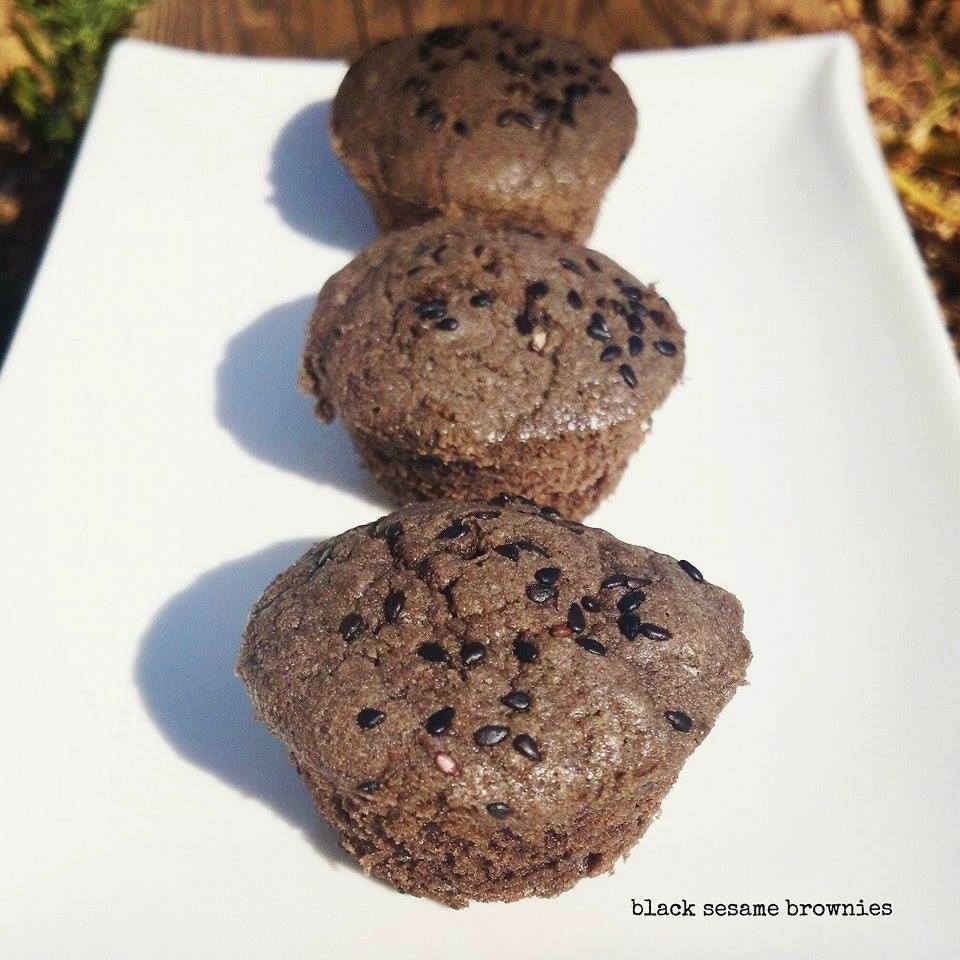 1. In a bowl, cream the butter with an electric mixer on low, until it lightens in colour and texture then add the sugar and carefully combine.
2. Add in the yolk one by one, making sure to fully blend into the mixture before each addition.
3. Add the black sesame paste and soy sauce into the mixture.
4. In a clean bowl, beat the egg white with the remaining sugar (10g) with a hand mixer until the egg white is fluffy and does not fall when you tip the bowl upside down.
5. Combine and sift the flour with the baking powder. Add half the meringue/whipped egg white into the black sesame mixture as well as half the flour mixture. Use a rubber spatula to fold and combine.
6. Further beat the meringue until stiff and finer in texture, then add into the black sesame mixture along with the remaining flour and baking powder. Fold and combine.
7. Evenly distribute batter into an oiled muffin tin, and sprinkle black sesame seeds on the batter. (I used a 1 tbsp ice cream scoop to speed up the process) Bake for 10-13 minutes at 150C/302F. 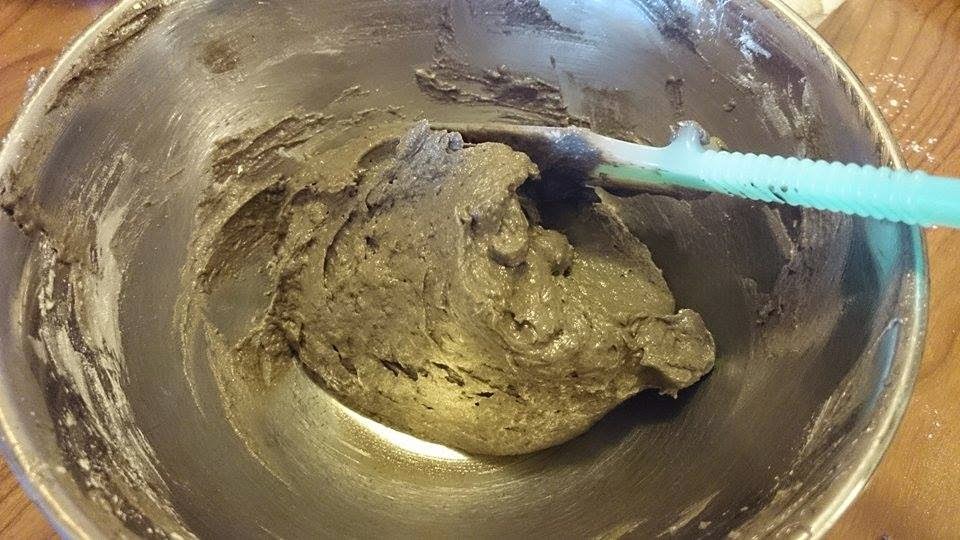 These black sesame brownies were so easy and took no time to make. Tbh, I was thinking of halving the recipe since I found black sesame in baked goods to be too heavy tasting. But oooh man, these came out way better than expected. I should've double the recipe if anything! The black sesame flavor in these brownies is subtle and not overwhelming. The whipped whites made them very light and soft. I cooled them in the pan for a quick 5 mins before popping them out the pan. Pre oiling the pan really helps them to not stick and just roll right out as you flip the pan. Really love how delicate they are. These bite size goodness almost have a melt-in-your-mouth texture. Not dense but fudgy in a way. 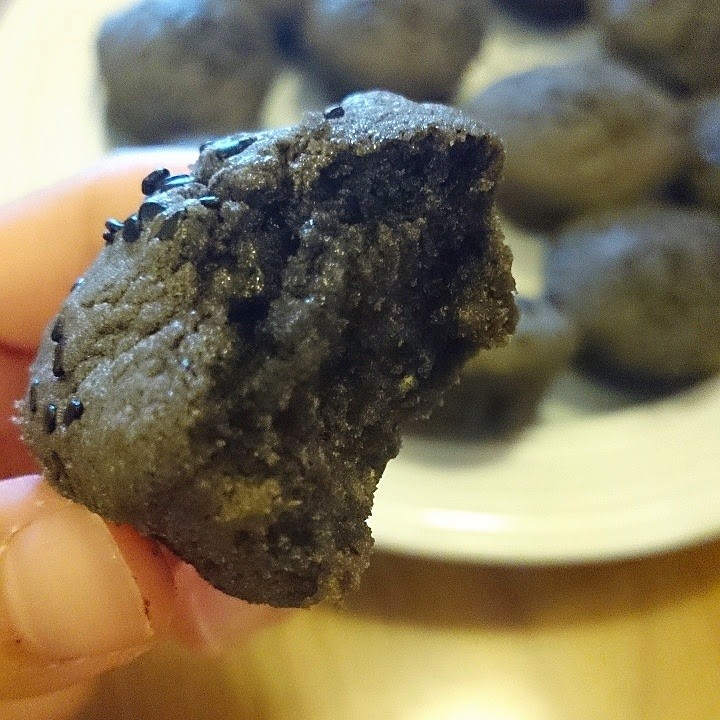 I took them out to my backyard for a quick photoshoot because they soooo deserve it! Lol. Btw, this was the first time I ever baked soy sauce into my sweets. Very interesting twist but don't think it makes much of a difference as opposed to salt. #asianfusion? 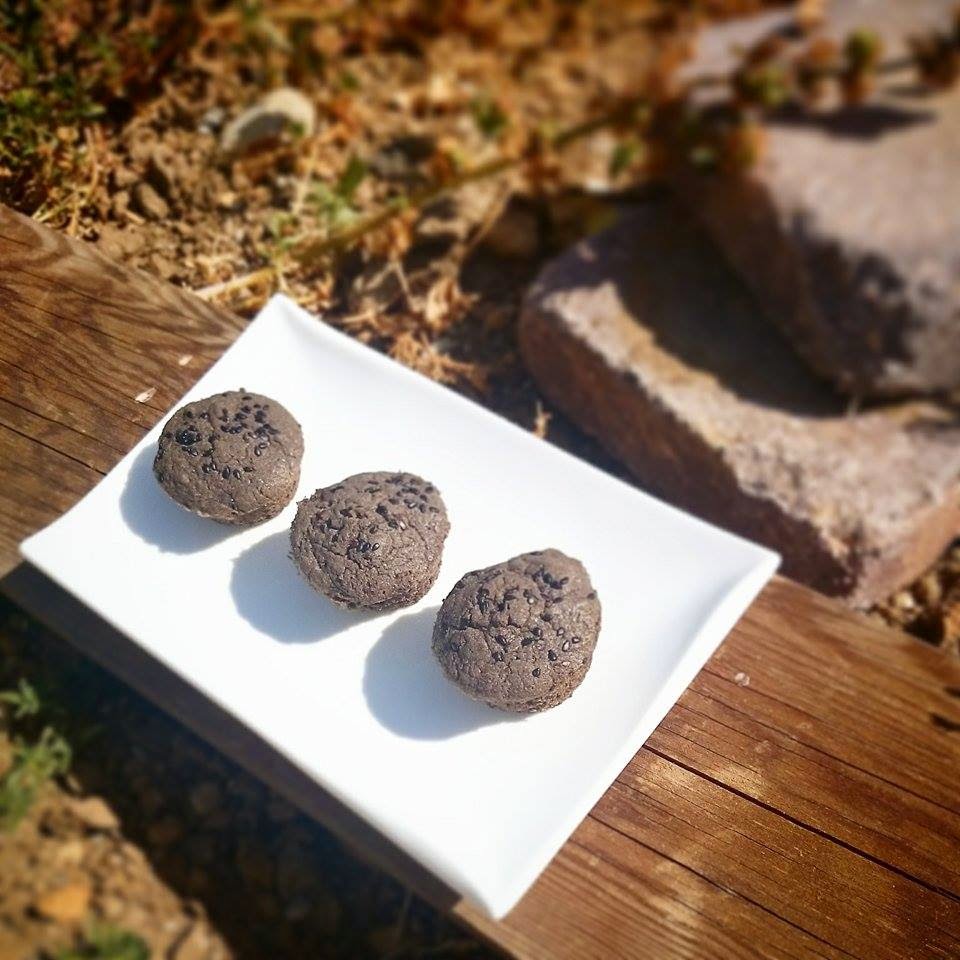