The best way to spend a me day on a weekend? Bake! Bread baking to be exact. Just all day, bread and I. It takes time and patience to make bread, in fact, the proofing time alone took a total of 2 hours. But that's all hands off time, so you can be off to binge watch shows or just lay on the couch and scroll through years worth of feed on some stranger's instagram page.

This babka is very similar to making cinnamon rolls. Rather than cutting the rolls into individual pieces, you cut down lengthwise, reveal all the layers, braid the dough, and bake in a loaf pan. I rolled out my dough slightly too long for the pan and got 4 mini rolls out of the trimmed ends.

Since this recipe uses the tangzhong method (hydrate part of the bread flour with water prior to mixing with the dough), the resulting product came out similar to Asian style bread - super light and fluffy! Compared to traditional babka recipes, it also uses significantly less amount of butter in the dough to achieve these tender crumbs. 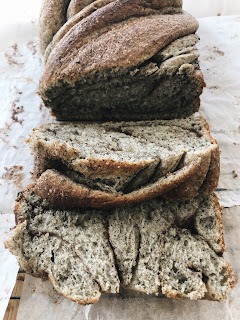 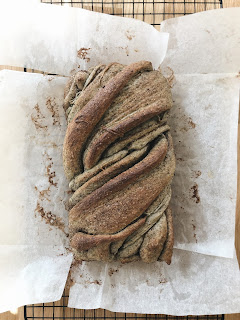 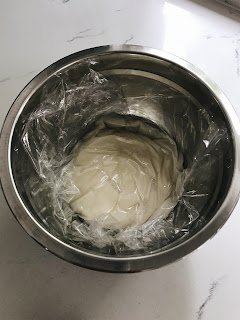 
Mix flour with water until smooth. Cook over medium low heat in a saucepan and stir with a wooden spoon, until thick. When swirling wooden spoon around pan, you should be able to see visibly the echoes of the swirl. Transfer to a clean bowl. Take a piece of plastic wrap and gently press it against the surface of the tangzhong. Let cool.

Heat milk slightly until lukewarm. Add in yeast and proof for 5-10 minutes. You should see a thick layer of foam, indicating the yeast is active.

In the bowl of a stand mixer, sift in bread flour, black sesame, salt, and sugar. Add in foamy yeast/milk mixture, tangzhong, beaten egg. Mix on medium-high. Add in chunks of butter until smooth. Continue mixing on medium-high for about 15-20 minutes, until elastic, supple, and super smooth. Turn out onto a greased bowl, and cover with a towel. Let rise until doubled in size, around 1-2 hours, depending on how warm your kitchen is. Alternatively chill in refrigerator overnight. 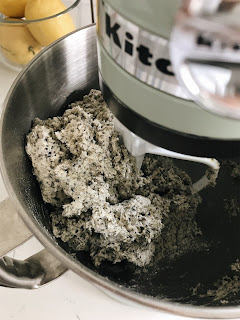 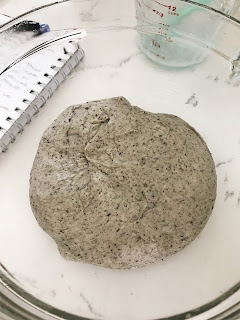 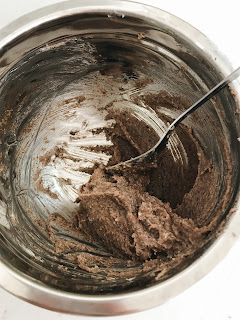 *I only had about 40g of butter, so I sub the rest with coconut oil

Mix all ingredients together until smooth.


Turn onto a lightly floured surface. Punch dough down (fun times!). Roll into a large rectangle. Spread cinnamon filling evenly over dough, and then roll dough up, starting from the short edge. Use a sharp knife and slice through the middle down the length of the dough. Twist two halves over each other, and place in a parchment-lined loaf pan. Cover with plastic and let rise for another 30 minutes-40 minutes. Preheat oven to 350F. 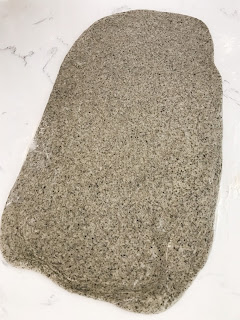 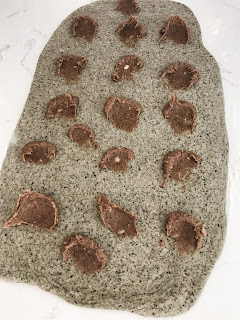 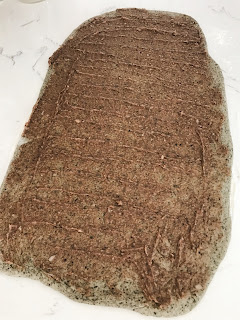 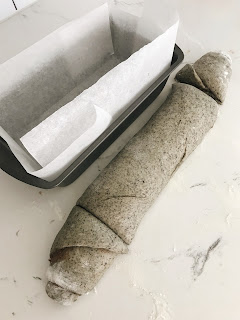 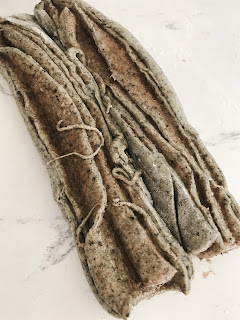 After rising, brush loaf with egg wash. Bake for 20-30 minutes, until golden brown. Let cool and then serve warm. 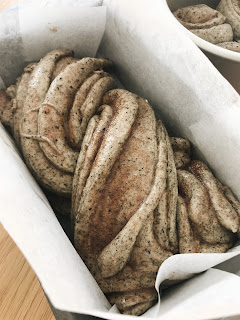 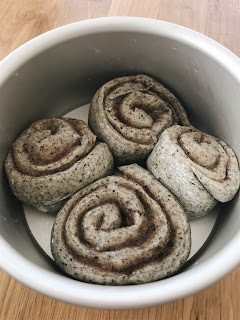 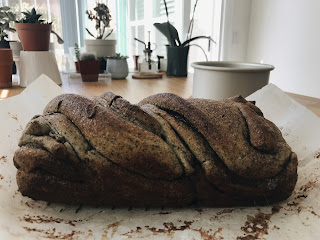 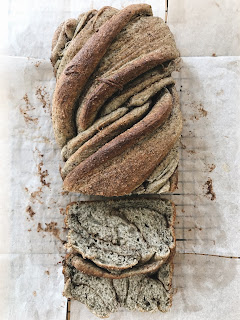 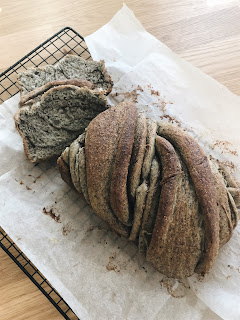 Mmm, just realized I used the paddle attachment instead of the dough hook.. No wonder why my stand mixer was acting a bit violent :p