With half a can of coconut milk leftover from last bake (and half a can of evaporated milk which my parents used up), I initially planned on making a Coconut Milk Pound Cake.. But hey, it's the new year and I should probably stay on the healthy track.. away from sweets on the indulgence buttery end.

I instantly bookmarked this simple, no bake coconut pudding (similar to the ones you get from Dimsum) after a long-winding search for a light non cake coconut milk recipe. Everything is done on the stove top, no oven needed. I halved the original recipe and added matcha powder because the flavors of matcha and coconut work well together and matcha is healthy! 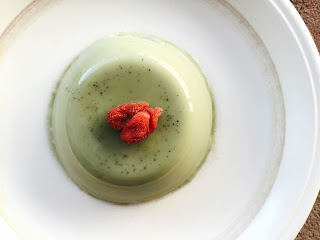 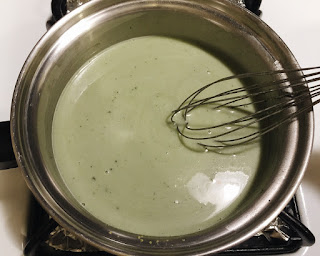 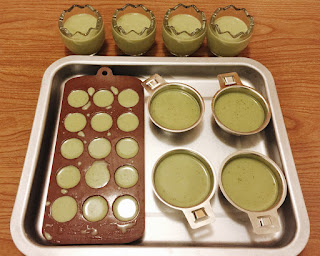 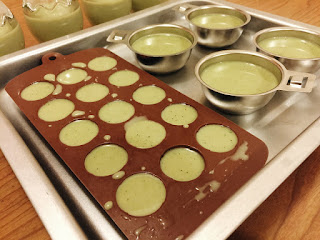 1. Bloom gelatin with water.
2. In pot over low, stir together milk, half and half, and sugar until mixture comes just under a boil and sugar dissolves completely. Turn off heat, then add in bloomed gelatin, mixing to make sure gelatin dissolves completely.
3. Strain through sieve and spoon mixture into molds. Chill for at least 4 hours. 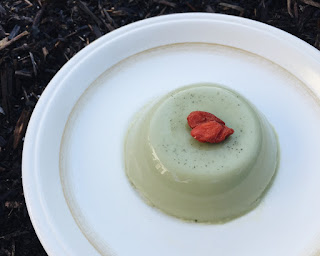 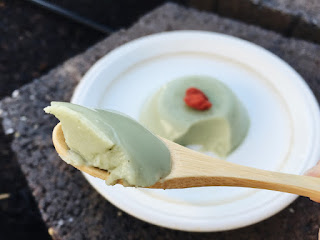 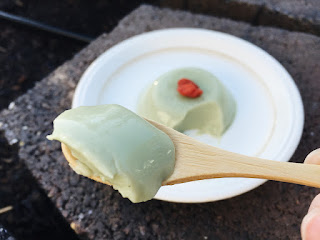 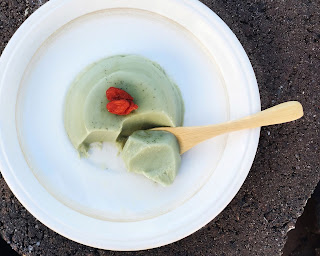 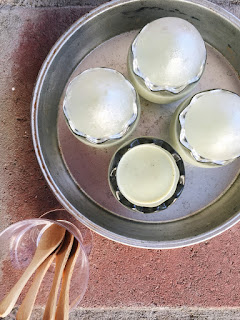 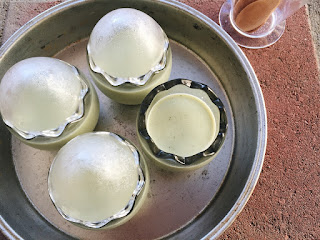