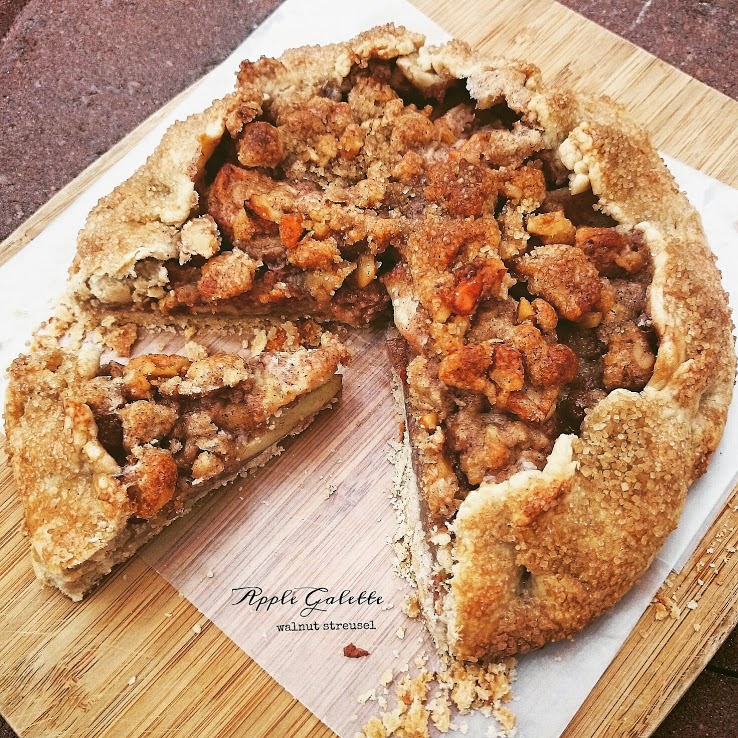 Could these be my absolute best bake? I made them 3 times in 8 days, and each one disappeared within hours! I am not a fan of apple or fruit pies in general, and this has won me over completely. The flavor combination is fantastic- apples, cinnamon, walnuts (& coconut flakes)! This recipe is actually what drawn me to making galette in the first place. #datgoldenbrowncrustdoe


1. Mix everything together except butter.
2. Blend in softened butter until well combined. 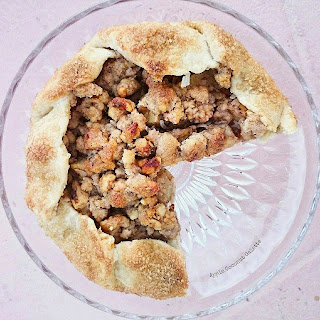 1. In food processor, pulse together salt and flour until combined.
2. Add in butter and pulse until small beads form.
3. Add in cold water and pulse until dough starts to come together as a ball.
4. Divide into two each ~160g (total wt: 318g).
5. Wrap in plastic wrap and chill one for 30 minutes and freeze the other. 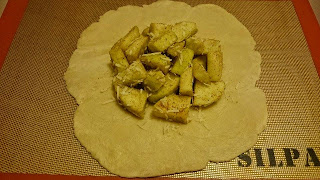 This variation was equally yummy as first one!
- The amt of dough fit perfectly in my mini food processor; the dough was soft and smooth!
- Added coconut flakes which bought in a slight chewiness and tropical flare.
- Dicing the apples instead of slicing made for easy cutting and clean biting (no dragging the whole slice out and having toppings rolling off).
- Brushed with milk instead and achieved a lighter golden brown color. Turbinado sugar didn't stick as well to the dough with the milk brush. Prefer cream. 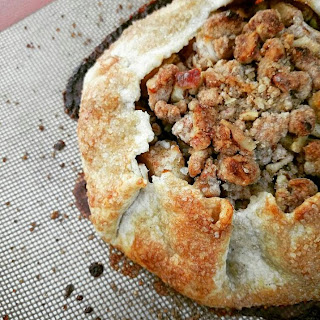 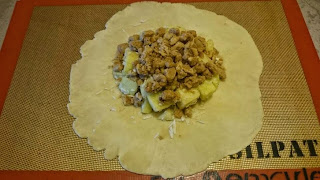 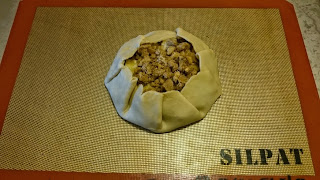 Taste: 5 stars out of 5
*love addition of coconut flakes, easy adjustment of sugar level according to taste
Texture 5 stars out of 5
*minor difference between different crust recipes, all crisp and flaky, prefer ones that use less than 2 cups of flour
*love extra crunch from walnut streusel
*turbinado sugar is a must for crunch on top of crunch!
Appearance: 5 stars out of 5
*best golden brown-ness with heavy cream
Ease: 5 stars out of 5
*prep dough the day prior, filling prep time and baking time all together takes less than 1 hour
Love, Eva
Email ThisBlogThis!Share to TwitterShare to FacebookShare to Pinterest