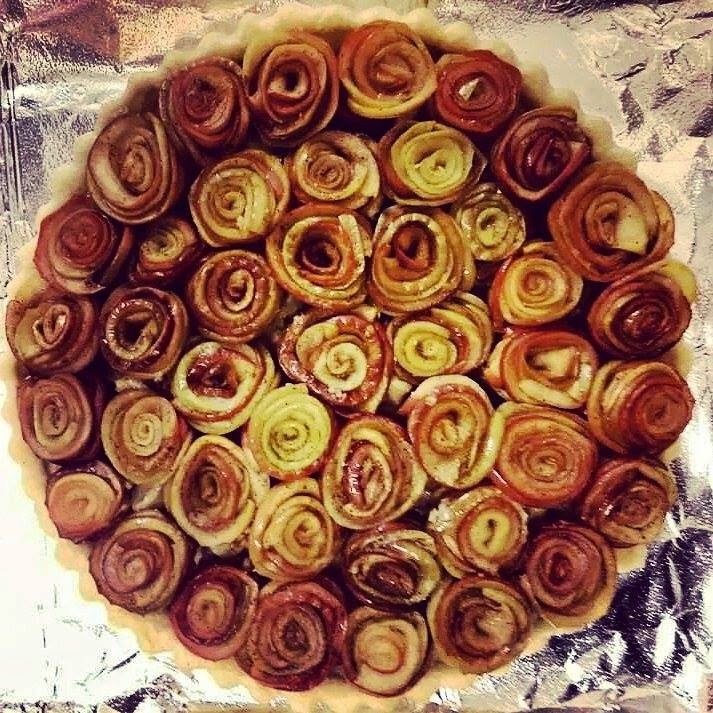 Making edible roses out of apple slices is an ingenious idea! My eyes lit up when i came across this online; this tart is exactly what I had in mind for my Mom's birthday this year- glamorous, fruity, healthy, light and "simple" to put together. Although the steps are simple, it did take a long time rolling these FORTY-THREE roses. Thanks to my little helper TL, we were able to pull this off in under 3 hours.

Caramelizing is time consuming and optional. I came across some recipes that just ask to soak and microwave the apples. The soaking and microwaving will definitely yield a lighter color rose, whereas caramelizing will add a darker color and delicious-ness to your roses (which I prefer).

To prep the apples, I used my left over cinnamon sugar mixture from my last biscotti bake. But you could also just mix the following.

1. On medium, sprinkle cinnamon sugar on pan. (*Need about 1 tbsp for 1 apple)
2. When sugar starts to melt, arrange slices on top.
3. Cook for approx 1 minute on one side until softened and lightly caramelized.
4. Remove and leave to cool with caramelized/cooked side facing up.
*I used about 3 apples for this tart 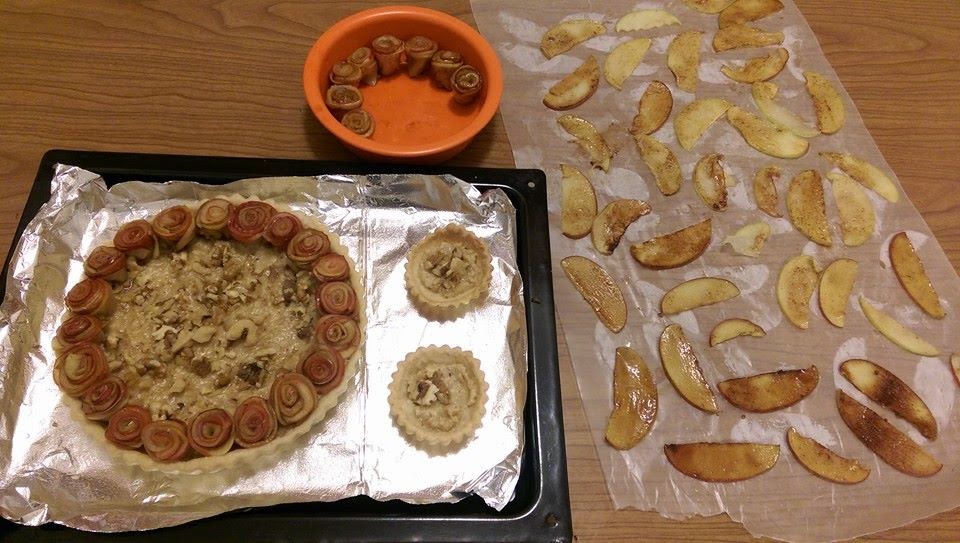 After a good amount of apples slices are done and started to cool, I went on to whip up the simple frangipane filling so the roses could stick and stay put. I halved and followed the same recipe I used last time. I also threw in some walnut pieces underneath and in between the roses to fill any gaps. 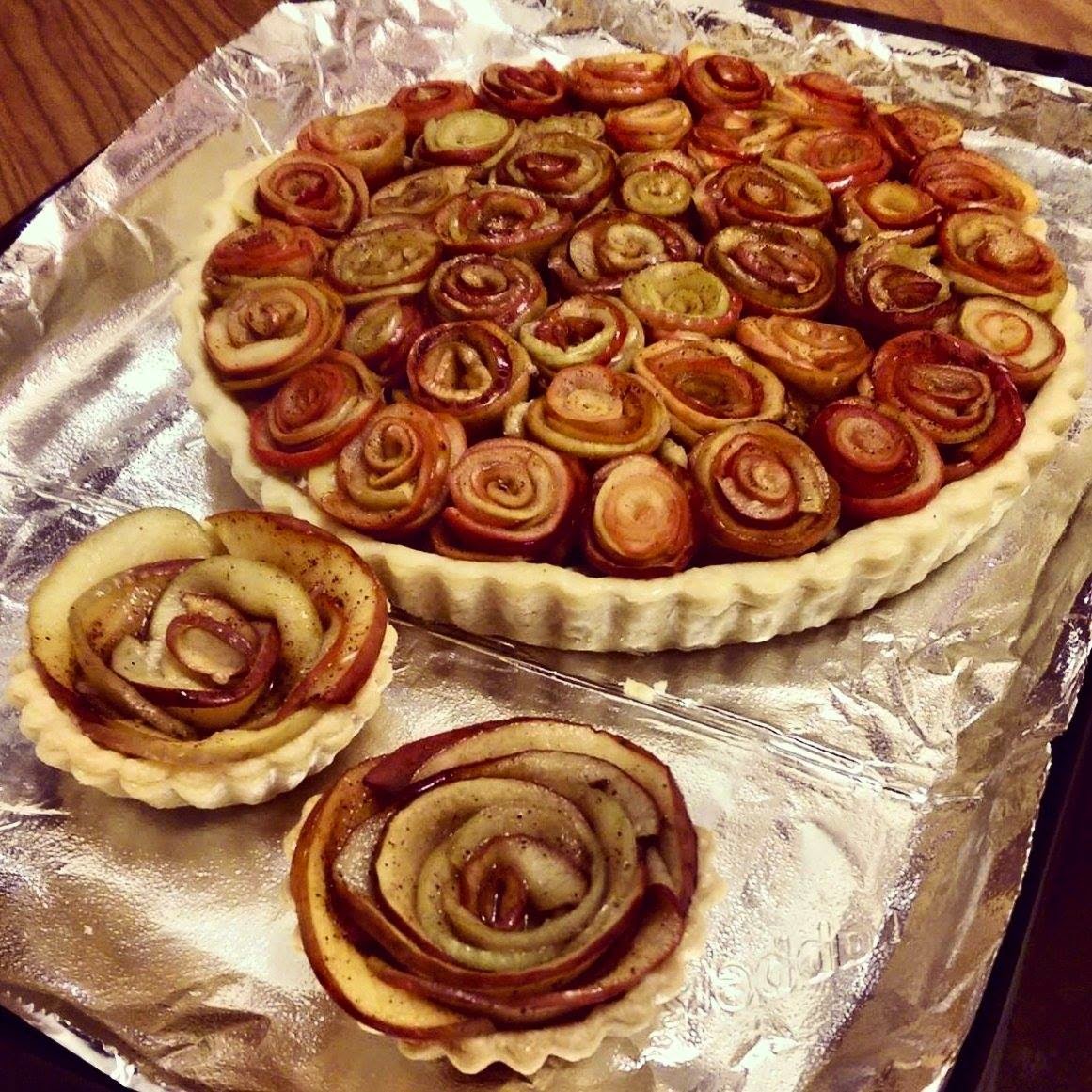 The tart crust recipe always yields enough to make one big tart and two minis. It's perfect when you want to have a quick first taste of the tart when it comes out of the oven! 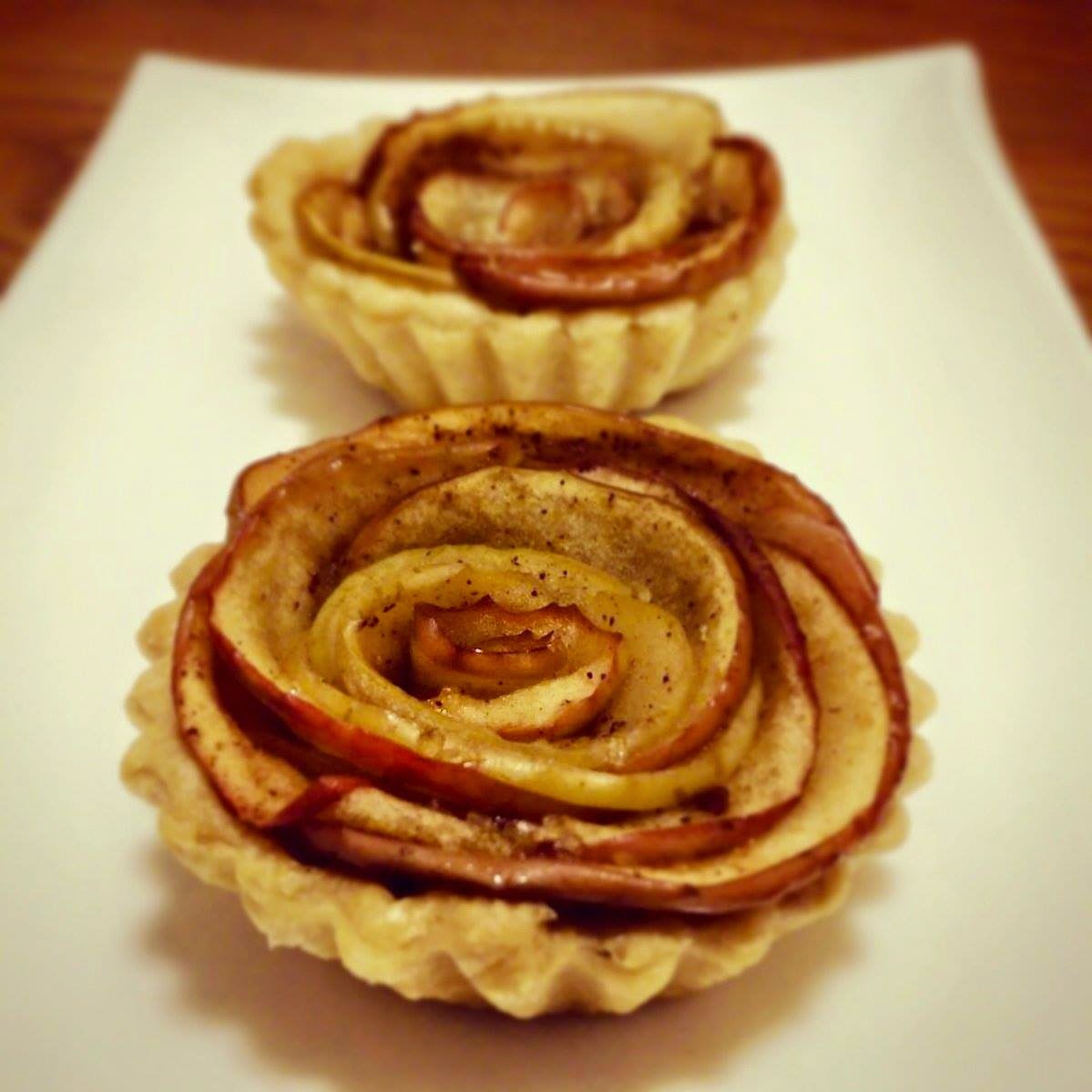 For the minis, we laid out the slices differently and created one big rose for each tart. The tart turned out yummy. We served it the next day after it sits covered in the fridge overnight.

Taste: 4 stars out of 5
refreshing cinnamon-y apples and buttery tart crust, frangipane was a little lost
Texture: 3.5 stars out of 5
could use a glaze/caramel of some sort to add moisture to the tart and blend flavors together