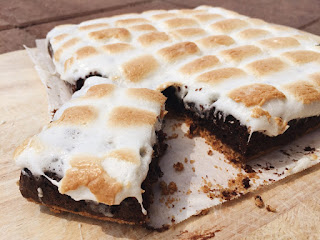 I love how the sweetness is well balanced and just right in these evil seemingly-sugar overloaded smores brownie bar. The use of dark chocolate and espresso powder gave the brownie a rich depth of flavor which complimented perfectly with the toasty crust and marshmallows. 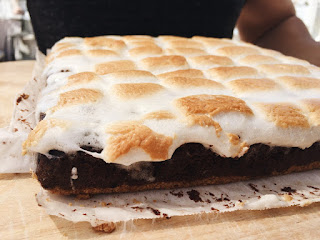 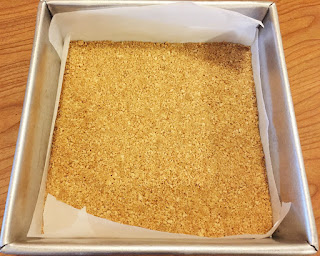 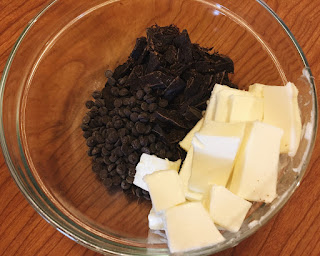 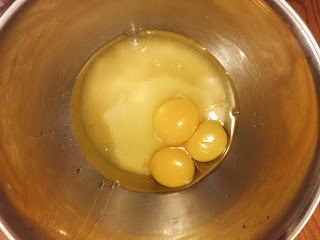 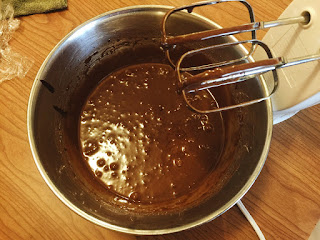 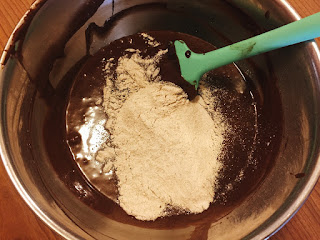 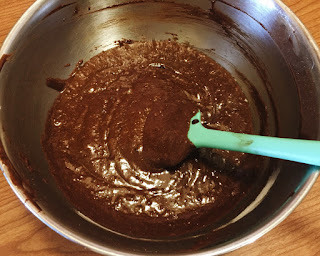 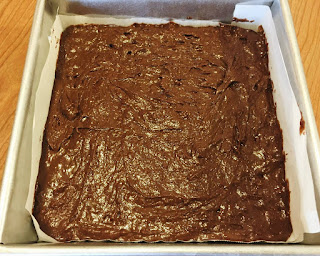 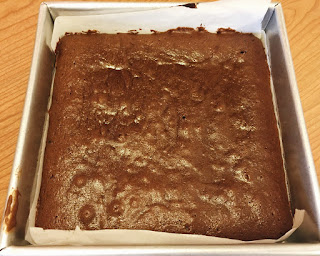 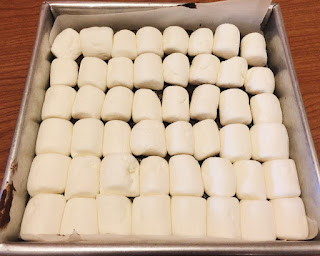 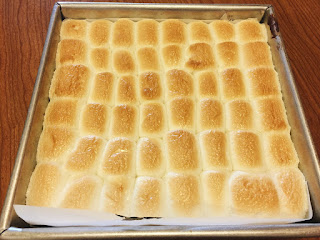 1. Mix together graham cracker crumbs, melted butter, and salt. Press evenly onto lined 8x8 pan. Bake at 350F for 8-10 minutes. Set aside to cool.
2. Melt together unsalted butter and dark chocolate over double boiled or microwave. Set aside.
3. In separate bowl, beat sugar and eggs from low to medium high until pale and doubled in volume. Add vanilla extract and beat.
4. On low, beat in cooled melted chocolate/butter mixture just until incorporated.
5. Fold in flour and espresso powder.
6. Pour onto prepared crust. Bake at 350F for 20 minutes or until top and edges are set.
7. Remove from oven and cover brownie with halved marshmallows, sticky side down.
8. Turn up temperature in oven and return to oven to broil until marshmallows are toasty and golden brown.
9. Cool slightly and cut into bars. 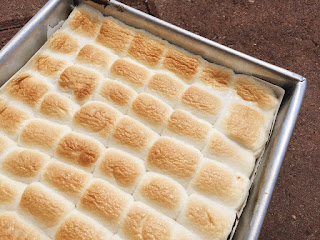 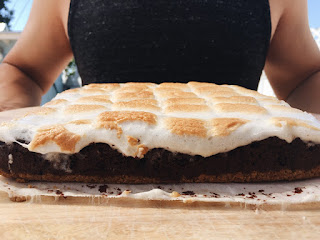 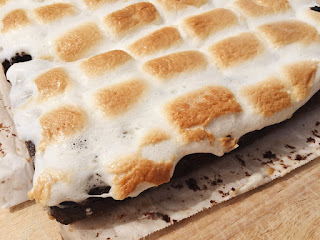 Taste: 4.8 stars out of 5
Rich dark chocolate-y brownie with toasty marshmallows. Not overly sweet but indulgently satisfying.
Texture: 4.8 stars out of 5
Crust was a bit crumbly. Brownie was perfect- light and fluffy when warm and fudgy and melt in your mouth after chilling. 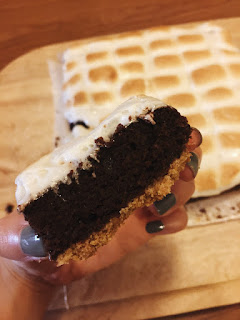